Home Blog Why Organizations are Moving Beyond Open Plan Offices

Why Organizations are Moving Beyond Open Plan Offices

The open plan office is hugely popular, with over 70 percent of Americans now working in some type of open plan arrangement, and over 20 percent working in open offices without any barriers at all, as of 2016 (fortune.com/2016/05/12/the-open-office-concept-is-dead/). However, organizations are increasingly questioning whether there aren’t better office designs, and researchers have found for years that open offices can hurt productivity by increasing noise, distractions, and stress (onlinelibrary.wiley.com/doi/10.1002/9781119992592.ch6/summary). Young companies are now leading a change to more flexible offices that take advantage of open-plan cost savings while reducing the distractions of open offices, creating hope for more comfortable and productive workplaces.

Workers in open-plan offices suffer from a problem of overstimulation. Noise and activity cause frequent distractions, forcing people to expend more mental energy on concentration than in separated offices. Unplanned social interruptions keep people from their work, stressing people out, especially when they want to avoid interactions with specific coworkers. These distractions get worse for workers over the course of the day as workers constantly fight to remain focused while dealing with too much information at once.

Open offices also block opportunities for confidential discussions. Managers have to call employees into their own offices for criticism and reprimands, and may avoid dealing with small issues. Worse, employees may never voice their concerns when managers visit them out in the open office, especially if it involves their coworkers.

These productivity problems vary depending on the job and the worker. Departments with high energy jobs, such as sales, can thrive on the energy of open office environments. Creative fields, such as advertising, also like using open-plan offices as collaborative spaces. However, even in these fields, it’s helpful to give workers some spaces for concentration, and jobs requiring consistent concentration, such as engineers and lawyers, do better without open plans

Why Open Plan Offices Are So Popular

Open offices are not new. 19th-century clerks offices and mid-20th-century typing pools crammed workers into rows of desks in much the same way as modern open plans. Current open office designs evolved from the Bürolandschaft movement, developed in Germany during the 1950s, and popularized by the Action Office system in the United States during the 1960s and ’70s (scientificamerican.com/article/the-origin-of-cubicles-an/).

Bürolandschaft offices were beautiful, complex pieces of design, using curved and angled barriers to organize the space around a combination of many  types of space, such as typing pools, meeting alcoves, and traditional closed offices, as suited the needs of different teams and departments.  The offices allowed creative collaboration or quiet concentration as needed.

However, with the introduction of the Open office, organizations took advantage of new designs to save space and cut costs by cramming more people into endless, uncreative small, tight spaces. By the late ’90s, when people demanded freedom from small, cramped, work areas, organizations again used it as an opportunity to cut costs, removing walls and small spaces entirely to put people in rows of desks that look an awful lot like cramped 1950s typing pools Bürolandschaft offices once sought to replace.

Updating the once popular open plan office, many young, creative businesses are looking to the promise of flexible hybrid offices. Most of these systems do away with assigned seating, taking advantage of the mobility provided by laptops and mobile technology. Workers can work in a variety of spaces designed for different needs, such as private work booths, formal and informal meeting areas, cafeterias, and desk pools.

Like the Open Office of the 1960s, new systems, such as Activity-Based Working, are now being marketed to organizations that want to use a model for this new flexible hybrid approach . These new systems claim to save space and increase worker satisfaction, giving workers noise or privacy as is their need, much the same as Bürolandschaft did.

Is a Standing Desk The Perfect Solution For Your New Home Office?

These days many are working from the comfort of their home and couch. Working from the sofa is a friendly and comfortable option but is unfortunately terrible for your posture. You’ve probably heard...

Planning for a successful office move

Previous to Move Your project manager will determine the crew and moving equipment needed for each move, and will document the project instructions for the dispatcher to relay to the crew running the job. ...

In Defense of the Cubicle

The lowly cubicle has gotten a lot of hate over the years. From comic strips like Dilbert in the back pages of newspapers to cult classic movies like Office Space, the cubicle represents...

Why Organizations are Moving Beyond Open Plan Offices

The open plan office is hugely popular, with over 70 percent of Americans now working in some type of open plan arrangement, and over 20 percent working in open offices without any barriers at...

Sit to stand workstations are making the old standard office desk go away and be replaced with a Sit to stand desk or workstation in offices all over the Twin Cities and the Metro...

Furniture there when you need it and gone when you don’t.

Did You Know That All Furniture Rents Office Furniture?    In some situations, it may make more sense to consider renting furniture instead of buying furniture for your office space; When you need furniture ASAP....

Reuse is our future. Earth’s raw materials are going fast. Reuse extends the life of things that have already been made – so it conserves natural resources and reduces waste and pollution. Reuse... 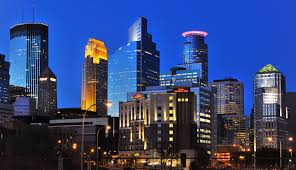 The skyline of downtown Minneapolis is dominated by office buildings, modern apartments and other commercial skyscrapers today. And of course, there is a plethora of restaurants, theaters, shopping centers and other entertainment hubs for...

Please fill out the information below and a representative will be in touch with you shortly.